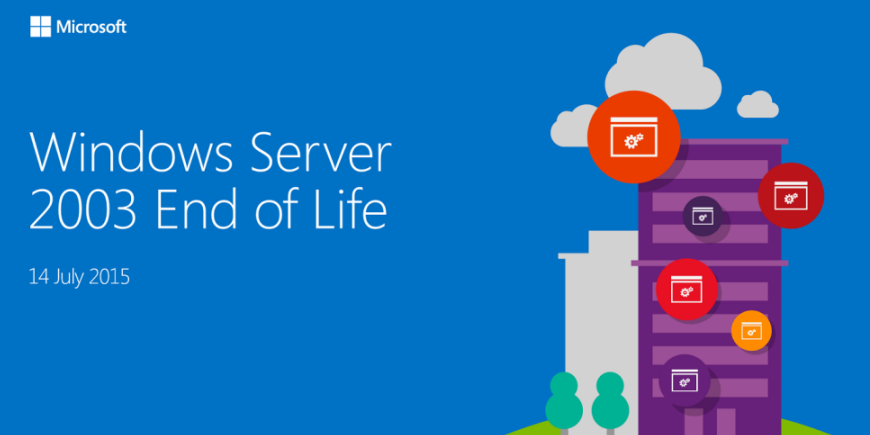 To put it into perspective, here are a few of technology highlights from 2003:

• iTunes: In 2003, Apple transformed the music industry with the introduction of iTunes. Today the iTunes store generates enough revenue to make it one of Apple’s crown jewels.

• The Xbox: In 2003 Xbox Live redefined how people played games together through the Internet. Xbox Live enabled game play on an international level. While it officially launched late in 2002, Xbox Live use surged in 2003 and altered the course of online gaming.

Think of how far we’ve come since these game-changing launches. Now, think of how each specific offering has been updated and has evolved to solidify its place in the technology hall of fame.

Consider the following for the Microsoft Windows Server 2003 OS which deployed that same year:

Without support, Windows Server 2003 will cost more to operate as will the workloads you run on it. Keeping these systems online will result in mounting operational expenses. When support ends tomorrow, bug fixes will stop. New vulnerabilities won’t be addressed and your Server 2003 systems will become a massive security risk.

We urge you to start planning to migrate off Windows Server 2003 and onto a platform that will provide you the security and reliability that you have experienced over the last decade with the added value of the new features now available to you.

Doing nothing will only create additional expenses and you are just delaying your opportunity to transform.

If you would like to arrange a free IT audit or just simply to discuss your options moving forward, give me a call on 01482 210999 or email me [email protected]