Brexit Eve - An Overview of where we are. 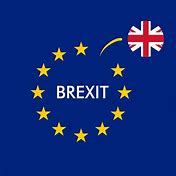 Nearly 4 years after the EU referendum, the UK will finally part company with the EU on 31st January 2020 @ 23:00 ending over 45 years of membership. So, what will change and how will it affect business’s in the Yorkshire & Humber regions?

Well, initially not a lot will change. The country will enter an 11-month transition period. The UK will no longer be a member of the EU, but will continue to pay money into the EU and obey most EU rules, including the European Court of Justice having final say over legal disputes, and there will still be the free movement of people.

Trade will continue without any extra charges or inspections.

Travelling around the EU will remain the same, including rules about driving licenses and pet passports. The European Health Insurance Card will continue to be valid. UK Nationals will continue to receive State pensions whilst living in the EU.

The changes we will see are;

Trade. One of the most important changes will be the UK’s ability to start negotiating trade deals with countries around the world, previously only informal negotiations could be held. This will give the UK the ability to agree terms for buying and selling goods, helping boost the economy.

UK MEP’s lose their seats. There are 73 MEP’s across the UK, who all automatically loose their seat as the UK is no longer a member of any EU political institution or agency.

The end of EU summits. British ministers will no longer attend regular EU summits to discuss issues such as environmental issues, unless there are specifically invited.

We will see the phased changing of UK passports, back to the traditional Blue & Gold UK passport colours from their current burgundy design.

The ‘Brexit Department’ will be shut down – this is the team that was set up by Theresa May in 2016 to handle the negotiations and preparations involved with leaving the EU. This will now be handled by a team inside Downing Street.

Extradition of Suspected criminals – Germany does not extradite its citizens unless it is to another EU member state, so will no longer extradite suspected criminals to the UK. Other countries such as Slovenia may well follow suit. The European Arrest Warrant will still be valid so countries will still be expected to extradite non-citizens. If the countries laws prevent extradition of its citizens, then the UK would expect those countries to trial and/or sentence suspects in their own country.

What about Ireland and the Backstop plan?

The Backstop was part of the original EU withdrawal proposal by then PM, Theresa May, with the aim of preventing a hard border between Northern Ireland and the Republic of Ireland. It would have kept the UK in a closer trading relationship with the EU but prevented the UK from negotiating new trade deals with other countries. This Backstop was removed by Boris Johnson in July 2019.

What will happen during the transition period?

During the next 11 months, as previously mentioned, the UK can start negotiating trade deals with other countries, but negotiations will also start in earnest with the EU to try and obtain a free trade deal with no tariffs, quotas or other boundaries.

Another key area will be the access to UK fishing waters. The UK has a large, rich supply of fishing waters that currently are heavily fished by EU vessels.

What happens after the transition period?

At the end of the transition phase the potential outcomes can fall into 3 broad categories.

1. A deal is reached -The UK are hopeful that agreement can be reached on trading terms, laws and regulations whilst the EU remain sceptical that it can be agreed in the required time frame.

If a deal is agreed the trading relationship could begin as soon as the transition ends. If other areas have not been agreed on, then the trade deal can still look to go ahead with contingency plans being implemented.

2. A No deal exit – If the UK and EU negotiators fail to come to an agreement, and implement a trade deal by Jan 21st 2021, then trading will default to World Trade Organisation (WTO) conditions, meaning both the UK and EU would be subject to tariffs.

If other matters, such as regulations and laws, cannot be agreed then these will also proceed on a No-Deal bases, where the UK and EU will each apply their own laws and regulation.

3. The transition period is extended – This is an unlikely scenario as Boris Johnson has said he will not sanction an extension, and legislation processing through parliament will prevent an extension occurring.

Whatever the outcome, the UK government will need to communicate effectively with its people, and business so that they can be prepared as there are likely to many changes required to business infrastructure, including Accounting and Purchasing Systems, HR & Payroll, Pensions, Cyber Security and GDPR.

Look out for our next updates on how Brexit will affect GDPR, Cyber Security and the use of Facial Recognition software. Subscribe to our mailing list or follow us on social media to stay up to date.

Thank you for subscribing

Sorry, there appears to have been an error, please try again.