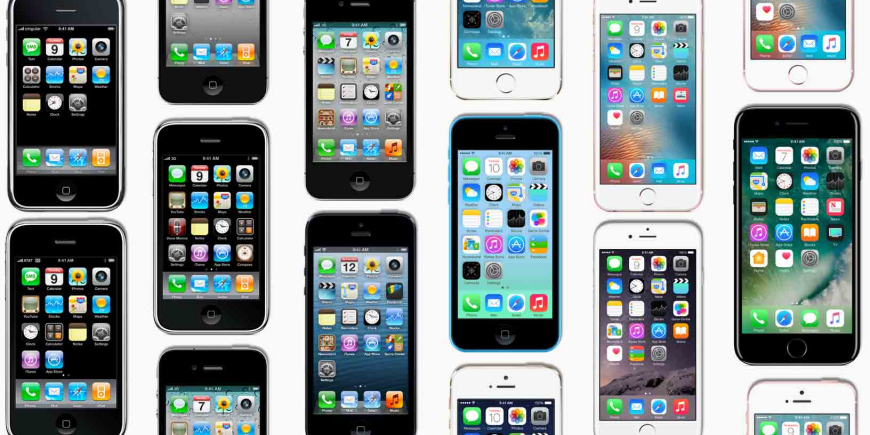 It can be hard to remember what life was like without our smartphone and tablets.

Apple’s iPhone, which was introduced by Apple co-founder and CEO Steve Jobs 10 years ago today, is more than just a device or expert integration of components, software and design. It’s influence is still being felt far and wide.

At first the iPhone wasn’t even considered a success;

The first iPhone had just one 3.2-megapixel camera, but by 2010, it had two, including a 5-megapixel camera capable of 720p video recording. Almost from the start, consumers used the iPhone camera, especially since the rise of the iPhone coincided with that of mobile social media. Eventually people started to leave their standard cameras at home and share far more images than they ever did before.

It hasn’t all been smooth sailing for the iPhone. It took almost four years for Apple to expand beyond a single network, leaving the door wide open for Google and Android to gain a huge market share. To this day, there are more Android devices than iPhones in use around the world.

It’s important to note that the iPhone has impacted businesses in significant ways;

BYOD (Bring Your Own Device)

With the growing success, employees bought iPhones and brought them to work. CEOs decided they wanted an iPhone. Most businesses were using Blackberry at the time so the IT departments had to bend and allow iPhones, especially as they would have to support the devices anyway.

At the launch of the iPhone, Steve Jobs noted that the best navigation tool was your finger and there was no need for a stylus. What the iPhone ultimately did was reinvent how businesses looked at mobility. Suddenly, the promise of handheld data and employee engagement was possible beyond email and push notifications.

Data In The Field

Whether it's Microsoft's Office, LinkedIn or Sage, the iPhone started the migration of corporate data to an employee's pocket.

As of the last reported period, Apple announced that 140 billion apps had been downloaded from its App Store.

In recent years, Apple has forged more enterprise ties with enterprise giants such as IBM and SAP. The goal of Apple's IBM and SAP partnerships is to build custom corporate apps that aren't available anywhere else. The secret sauce to these apps is the melding of back-end data and enterprise heft with Apple's front end interface. Most if not all major software solutions now offer Apps to streamline business processes.

Developers like Genesis Business Systems offer custom built apps to business specific requirements. The possibilities are endless on where features can be taken.

Since the introduction of the iPhone, touch devices with larger screens have become increasingly popular and have made a huge impact in the business market. Some businesses have even replaced laptops and desktops with the latest touch screen devices from Microsoft, Samsung and Apple. Once again, their success again is owed to this very significant moment way back to 9th January 2007.

Today, virtually every new smartphone on the market is either a pale imitation of the iPhone or owes its success to the iPhone’s influence on smartphone design.